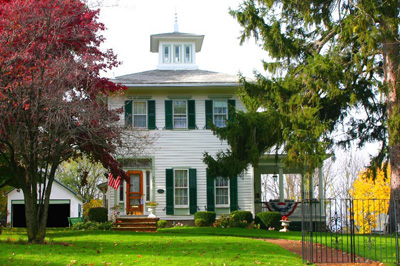 This was one of the earliest sites in the area to be inhabited, and its early owners influenced the development of a substantial portion of the village. Martin Sperbeck bought 100 acres in 1817 and built a house of squared timbers on the site. His brother, a trapper, occupied a cabin where the Village Hall is now located. Village legend states that the path between the two residences eventually became South Main Street.

The house evolved over the years. The initial square timbered cabin was either modified or replaced by a Greek Revival structure, between 1825 and 1840. Martin’s son Andrew later took possession of the property and in the 1860’s added the large Italianate structure to the front of the home. The house is perched high atop Brooks Hill, named after another owner of the property, Lewis Brooks. 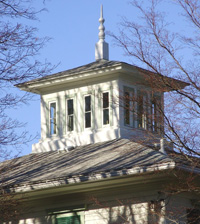 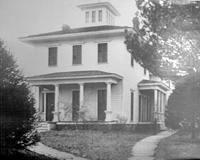