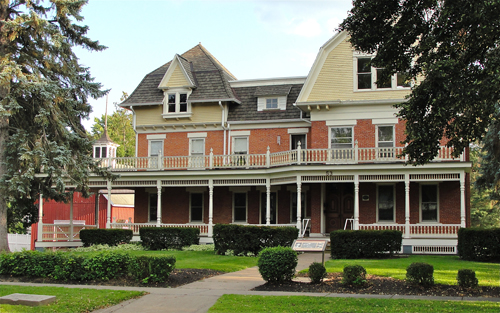 On August 18, 2017, the National Park Service recognized Potter Historic District by placing it on the National Register of Historic Places. The district encompasses a total of sixteen acres of land in the village, that includes the Potter Mansion, carriage barn, park and residences that were a part of the original Potter Subdivision.

The Potter mansion at 53 West Church Street along with Potter Park were willed to the Village of Faiport in 1943 by Fred Potter.

The Potter Historic District met two National Register criteria for designation. The district is associated with events that have made a significant contribution to history, and the structures have a distinct architectural style popular during the early 20th century.  The residences on the street are all contributing, indicating a high degree of integrity within the nominated district.

The area designated as a district was originally owned by the Alfred and Huldah Potter and their three children; Fred, Alice and Bertha. Their 16 acre estate was a substantial parcel that represented approximately 5 percent of the acreage of the village. The Potters were a community-minded family, supporting organizations in the village. They regularly made their property available for community events (fireworks, games and parties) for the benefit of village residents. The Potters marketed the subdivision to potential upper middle class clients by offering sizable lots overlooking the park-like setting of their estate, and with amenities such sewers, plumbing, electricity and easy access to main roadways. 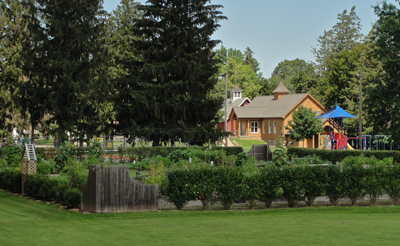 At the beginning of World War II, Fred Potter also made a substantial amount of the property available for community Victory Gardens, which continued after his death in 1943. In his will, Fred Potter left the remaining 10 acres of the Potter estate to the village and the “youth of Fairport.”

The village converted the Potter mansion into a community center and created Potter Memorial Park with a playground and baseball diamonds, using the carriage barn for a teen center. The park remains a focal point - aesthetically and for activities - for village and town residents.

The majority of the residences reflect the popular architectural styles of the time, including a number of revival styles, (Tudor Revival, Neoclassical Revival, Colonial Revival, Prairie and Craftsman) as well as the former Potter Mansion, which began as an Italianate style building before it was given a mansard roof and, even later, a gambrel Dutch colonial style roof.

42, 38 and 36 Potter Place, a part of the original Potter Subdivision are included in the district.

The district's 21 primary contributing buildings, reflect its early 20th century development, except for the Potter Mansion, originally built in 1858 prior to the Potter family purchasing the estate. The district also includes 11 secondary buildings, mostly garages, as well as a carriage barn associated with the Potter Mansion. The 20 residential houses that make up the subdivision were built between 1909 and 1953.  A park is also included with a potter’s shed in the community garden section of the park. The park acreage contains a non-contributing Veteran’s Memorial in the northeast corner of the park. The Veterans Memorial was dedicated in 1945 to the village of Fairport and the town of Perinton soldiers. It was rebuilt in 2014.

Owners of National Register listed properties can take advantage of the New York State Historic Homeowners Tax Credit program and/or the State and Federal Commercial Rehab Tax Credit programs. Each program provides tax credits worth 20% of qualified rehab expenses. These incentives are widely used across the state by homeowners and developers alike and help spur investment in historic buildings and communities.

"The Fairport Historic Preservation Commission (FHPC) has been designating our village structures since 2007 when the commission was formed," said Mayor of Fairport, Fritz May. "Fairport is very proud to add the Potter National Historic District to our existing nationally listed structures and bridges. The owners of these residences can benefit from New York State Parks program offering Historic Homeownership Rehabilitation Tax Credits that can help the owners maintain these structures. We are grateful to the National Parks Services for their support in recognizing that the district is historically and architecturally important to the area." 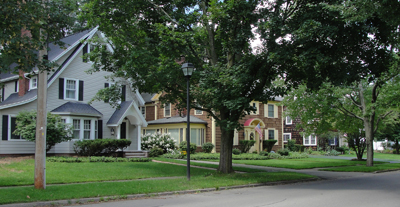 The residences on Potter Place reflect the popular architectural styles of the time. Shown here is a Tudor Revival at 56 Potter and Colonial Revivals at 54 and 52 Potter Place.

The village-owned properties within the Potter Historic District are also now eligible for grants from both NYS and Federal programs.

Listing of properties on the National Register of Historic Places fits with the Village’s overall preservation efforts.

The town of Perinton and the village of Fairport have a number of properties listed on the National Register. A list and links to information about each is on the Preservation page of the Society's website.

Potter Memorial and Potter Park were designated locally as landmarks by the Fairport Historic Preservation Commission in 2010. Visit the Village website for more information on locally designated properties in Fairport. 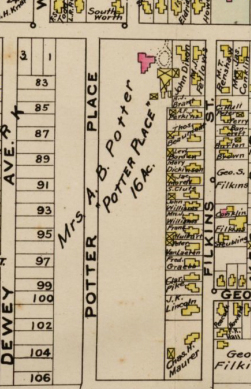 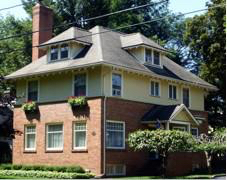 This home at 24 Potter was built in the Craftsman style. The main structure has a flared hipped roof with wide unenclosed eave overhangs and exposed rafter tails.

60 Potter Place is an example of a Colonial Revival. There is extensive use of brick patterns throughout. 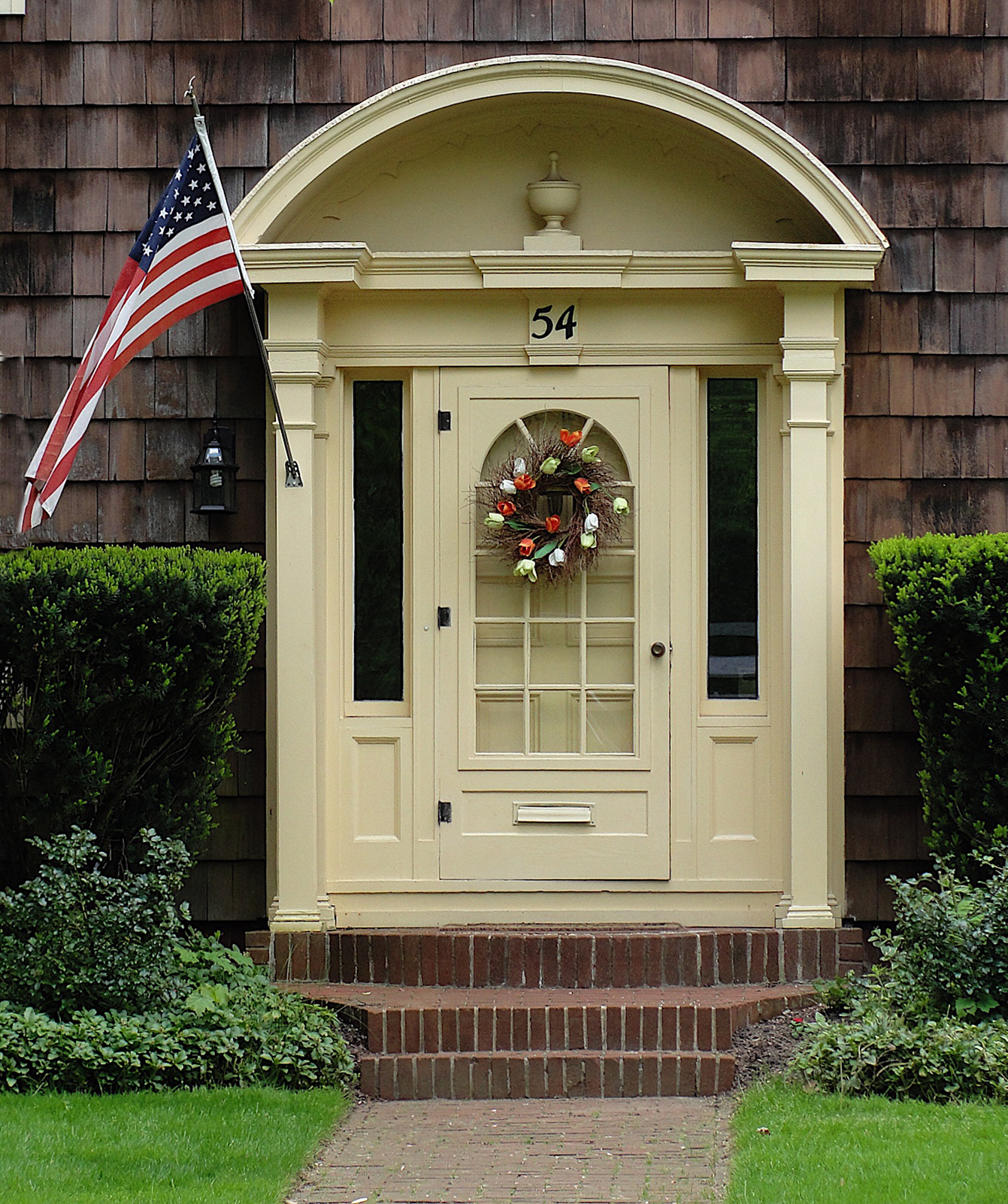 The front door of 54 Potter Place, a Colonial Revival has doubled pilasters under the arched roof, with an urn and entablature over the entry.

Another example of a Craftsman is at 20 Potter Place.

36 Potter was built in the Dutch Colonial Revival style. It has a pent roof between the first and second floors.

26 Potter is a Colonial Revival style with a one and a half-story Cape Cod form. Also referred to as a Minimal Traditional.