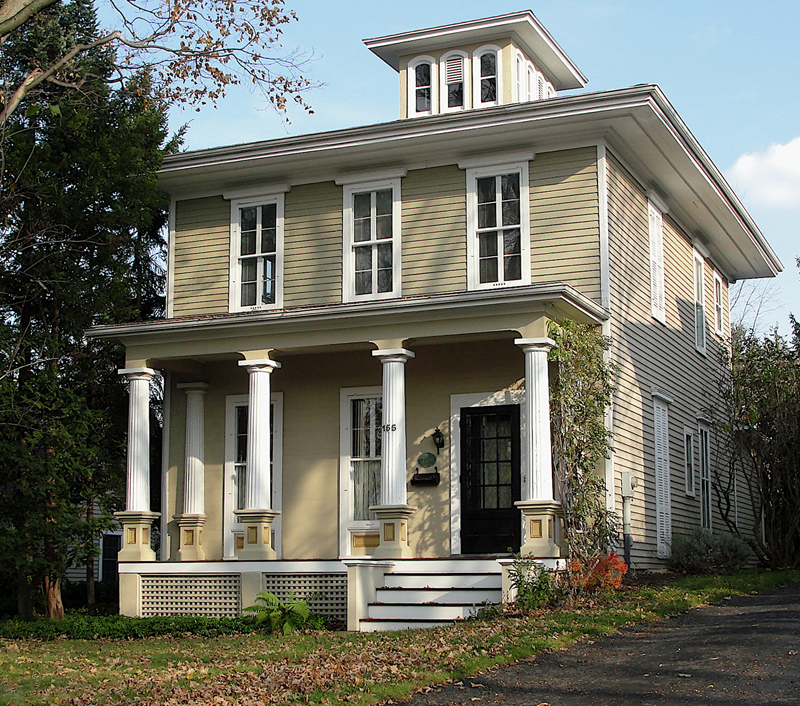 The Italianate style home at 155 South Main Street in Fairport was designated in 2014 an historic landmark by the Fairport Historic Preservation Commission (FHPC). This home, named Davis – Starenko House for its' current owners who have lived there for over 40 years, was built circa 1860 by William M. Newman. It is located on the southeast corner of South Main and Orchard Street. It is an Italianate style house with a hipped roof, cupola and one story columned front porch. The home met three of the five criteria for designation: historic personages, example of an architectural style and a feature of the neighborhood.

Instrumental in the growth and prosperity of Fairport, William Newman came to Fairport in 1856 and worked as a bookkeeper for Daniel B. DeLand at the Fairport Chemical Works. In the early 1860s, Newman bought 10 acres of land on South Main Street. He built the Italianate house on South Main for him and his second wife Susan.

In 1864, collaborating with Henry A. and Daniel B. DeLand, Joseph Parce, and H. Monteque Moseley they established the Mt. Pleasant Cemetery Company, acquiring 6 of the 10 acres owned by Newman. It was created for the soldiers and sailors from Fairport who had died in the Civil War. Newman became secretary of the company, a position he held until his death in 1902.

Partnering with Lewis Jones in 1869, he formed the Jones, Newman & Hollister lumber business. In 1874, Mr. Newman ventured into the baking powder business, purchasing the W.I. Ayers Company and renaming it Newman and Son. After a disastrous fire leveled the complex, Newman built a new factory and formed the Monroe County Chemical Company, one of the important industries in Fairport.

Mr. Newman is known to have built at least three other homes in Fairport: 112 West Ave, 137 North Main and 11 West Church Street and several business facilities. These homes, three of which are designated landmarks, and the Monroe Chemical building at 62 N. Main St. are still standing today.

Shown to left is a portrait of Mr. Newman taken about 1902. The photo is on file in the Museum.

The Gazley's – Dr. Weare Medicine Company
Carrie and Ernest Gazley purchased the property in 1906. A well-known Fairport businessman, Ernest H. Gazley lived in the house until his death. Involved in the patent medicine business for twenty-five years, Mr. Gazley came to own the Dr. Weare Medicine Company, steadily growing the business. Upon his death in 1915, Ernest Gazley was one of the most popular and widely known salesmen in New York, Pennsylvania, Ohio, and the New England states.

The Steffen's – Hupp Drug Store & Builder
Charles and Rose Steffen purchased the house and property in 1919, while owning and operating Hupp Drug Company on South Main Street. Circa 1932 - 1933, Charles Steffen, a mason contractor, moved the back portion of the house at 155 South Main Street to the east, creating the first house on the south side of Orchard Street (#10). In addition to building a new home for themselves, at 157 South Main Street in 1930 and developing Steffen's Greenhouses on the property, Charles Steffen went on to build at least five more houses on Orchard Street.

Dale T. Davis – Owner for over 45 years
The current owner, Dale T. Davis, has been living in the house since 1967. Dale is a writer, educator, publisher, producer, scholar, dramaturge, and advocate for young people. She was one of the founding poets of New York State Poets In The Schools. In 1979, she co-founded The New York State Literary Center with poet, translator, and editor A. Poulin, Jr. where she continues to serve as Executive Director.

Dale Davis has edited and published over six hundred books and anthologies of the writings of young people with whom she worked in the NYS Literary Center programs. Davis is also the founder and administrator for New York State's Arts In Correctional Education Network. 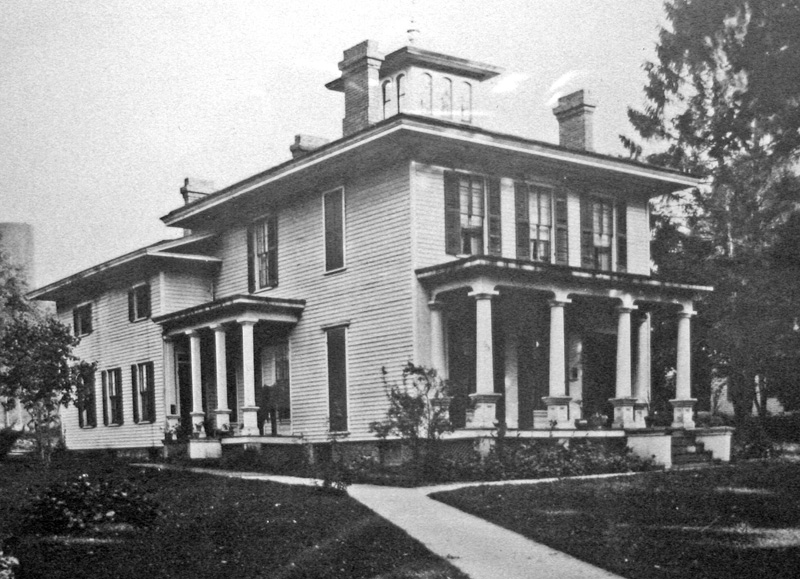 It also has a three-ranked facade, tall, narrow windows with crowns, and a single-story front porch. This is the most common type of this style, making up of one-third of all Italianate houses.

The windows on the house are tall, narrow, double hung windows, many with segmental arches and simple crowns. The front porch windows have four-pane glazing in the window sashes, with an unusually wide vertical muntin and a narrow horizontal muntin. The lower sash on first floor porch windows has single-pane glazing.

The front of the house features a full-width porch with four fluted Doric columns on pedestals. Matching pilasters with pedestals frame the façade. The pedestals have inset panels, which are also present beneath the two windows. The porch was restored in 2005, referencing an old photograph of the house. The front door, protected by an exterior screen door, has a large glass panel. A sidelight is located on the right side of the front door.

The lawn features a decorative iron fence installed in 1970. Originally purchased from England, the fence was salvaged from Gilboy's Bookstore, Chestnut Street, Rochester, NY. Also, the iron grates on the basement windows were acquired at the same time.

With a large lot on the corner of South Main and Orchard Street, this Italianate style house with cupola and columned front porch is a landmark in the community. The decorative iron fence, setback house, and generous side yard fronting the corner represent a recognizable landscape within the village. 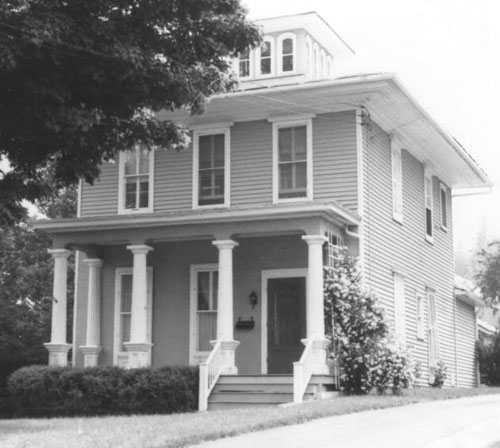 Photo taken in 1976 as part of the Landmark Society survey of the village. 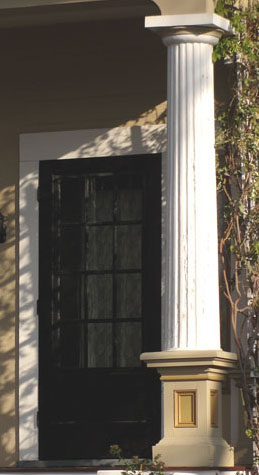 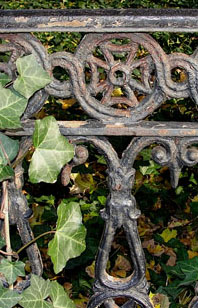 The lawn features a decorative iron fence installed in 1970. Originally purchased from England, the fence was salvaged from Gilboy's Bookstore. 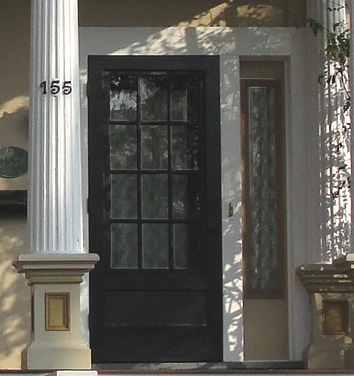 The front door, protected by an exterior screen door, has a large glass panel. A sidelight is located on the right side of the front door.