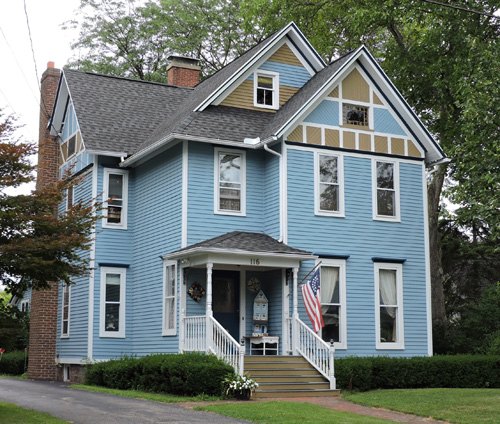 The Cole-Briggs House at 116 West Avenue has recently been designated a village landmark by the Fairport Historic Preservation Commission. Built in 1865 by Amos Cole, this Stick Style home is outstanding because of this unique style and it has seen many historic owners.

The Cole name recognizes Amos Rogers Cole an accomplished builder and local leader holding several public offices in Fairport. He lived on the corner of Cherry Street, now West Ave, and West Street and owned the 116 West Avenue land and lots on the west side on what is now Cole Street. His cows were put out to pasturage on land from his property to the canal.

Each gable of the home has patterns for vertical, horizontal and diagonal stick work which creates a different pattern on each gable. 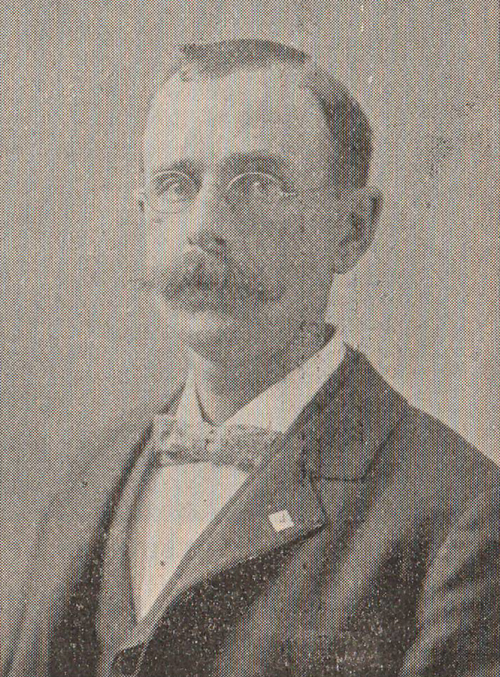 Charles M. Briggs, MD practiced medicine in Fairport for 35 years. From 1920 to 1933 his medical office was located in his home at 116 West Avenue. Charles Briggs was active in the Methodist Church and a director on the Fairport Development Company Board. Briggs Avenue was named for him.

Also living at 116 West Avenue were Ashley Murdoff, who owned a local bakery and was Police Constable in 1882; Robert Henry an assessor; and Edwin Palmer, owner of the Sash & Blind Company and President of the Fairport Permanent Loan Association.

The Palmers celebrated their 60th Wedding Anniversary at the home; their daughter Nettie was married to Dr. Charles M Briggs. 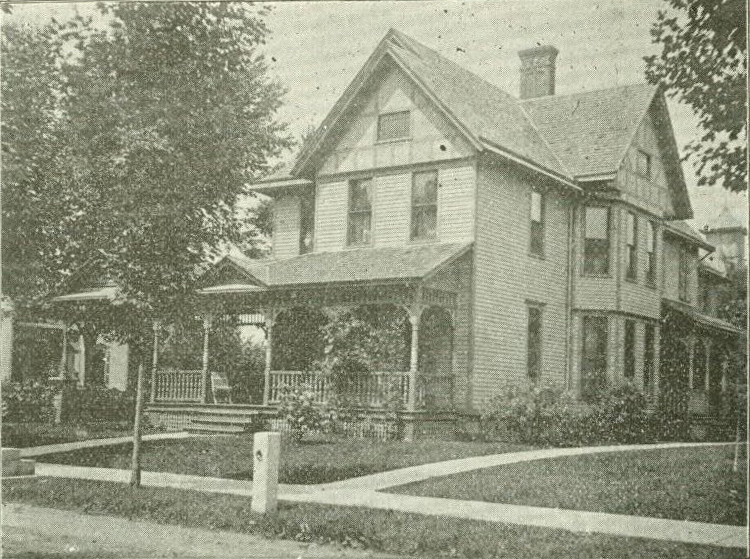 The image at right is from the Fairport Business Directory of 1898. Dr. Briggs owned home at this time. It shows the original front porch with
the porte-cochee on the west side.

This home was built in the Stick style, one of six Victorian era styles popular during that period. It has a steeply pitched cross gabled roof with front gable stepped into 2 gables; each gable has patterns for vertical, horizontal and diagonal stick work which creates a different pattern on each gable. There are decorative crowns over each main floor window and 3 gables have a window with smaller panes surrounding larger panes. The east side of the house has a large cut-a-way bay window. 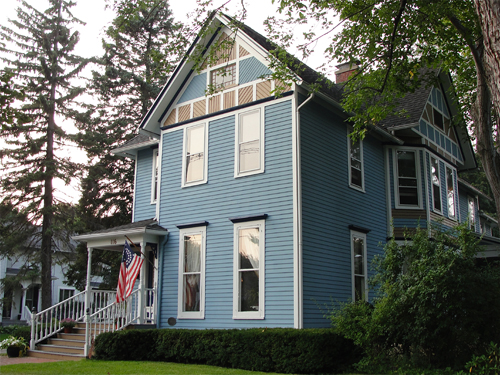 In 1900, the home had an elegant front porch with a porte-cochere on the west side of the house. The Medina sandstone pillar on the driveway is the surviving remnant of the porte-cochere and is included in the designation.

Stick Style homes are rare in Fairport. The Cole-Briggs house is painted in contrasting colors that showcase the stick patterns on each gable end. Because of this display of color, it is well known landmark on West Avenue. The front of the house was featured on the Fairport Porch Calendar 2010. When Dr. Briggs lived in the house it was in the 1898 Fairport Business Directory.

The east side of the house has a large two story cut-a-way bay. 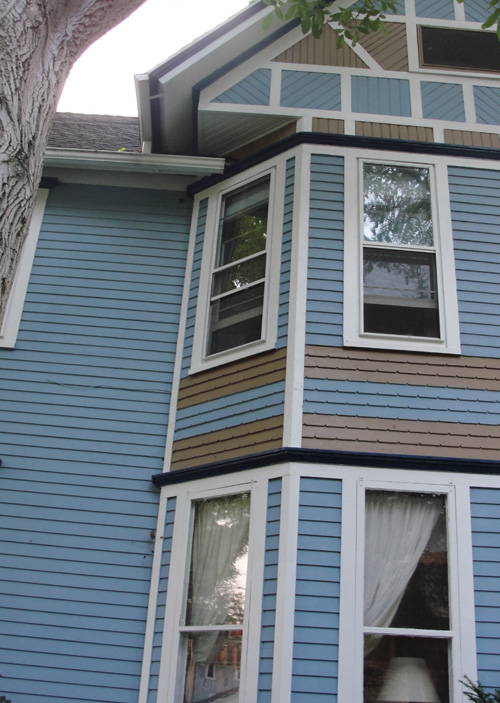 On the east side of the home is a two-story cut-a-way bay. 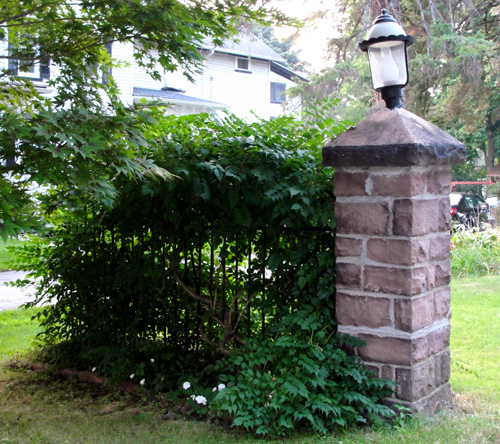 The original house had a full front porch with a porte-cochere. The Medina sandstone pillar on the driveway is the surviving remnant of this and is included in the designation. 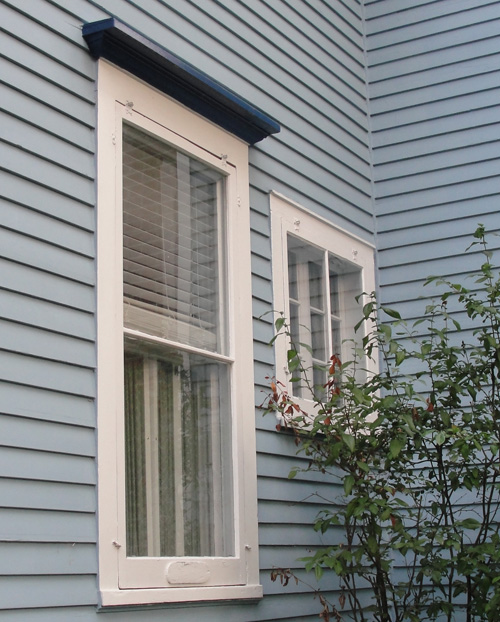 There are decorative crowns over each main floor window.

To read more about Dr. Briggs download April 2017 issue of the Historigram.