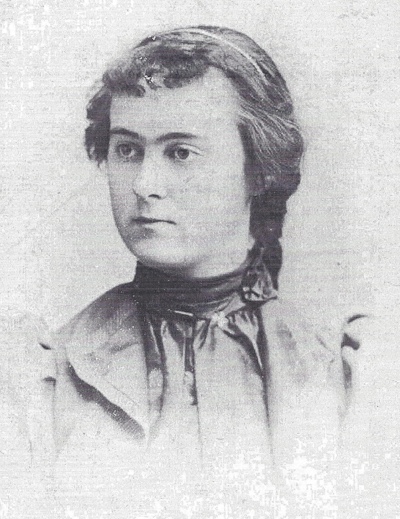 “While studying painting at Boston, she was sent for by Louis Comfort Tiffany, the famous Favrile glass artist, who asked her to be his assistant. She, however, was finished with glass.

She was interested in painting. And so, with the independence of youth and art, she refused. This anecdote from, Hazel Myer’s Personalities column in a Port Washington, NY (on New York’s Long Island) newspaper, depicts the confident nature of a woman born in Fairport who became a renowned painter, portraitist, illustrator, and stained-glass artist.

Dougherty was also recognized as a rising young artist in her hometown newspaper: The December 26, 1907 issue of the Monroe County Mail includes an article that describes this former resident as rising rapidly in her chosen profession and cites her numerous artistic achievements, including her studies with Howard Pyle and Edmund Tarbell, her scholarship at the Art Students’ League in New York City, and her stained glass work in Milwaukee.

Ida Dougherty Aylward was born in 1878 and grew up on 199 S. Main Street, at the top of “Piety Hill.” From a very young age, she knew she wanted to be an artist. As a child, she drew sketches of her parents. She traveled by train on Saturday mornings to take classes at the Mechanics Institute in Rochester.

She graduated from Fairport High School in 1896, one of three in her graduating class and went on to Mt. Holyoke College in Hadley, MA, graduating in 1900. She studied at the Art Students’ League in New York City and at American illustrator Howard Pyle’s Brandywine School in Delaware between 1903 and 1905, where she met her future husband, William J. Aylward.

Early in her career, her specialty was portraiture. One of her portraits is a 1939 oil on board image of a Russian immigrant woman. Her work also included illustrations for Century, Collier’s, Scribner’s, and Women’s Home Companion. 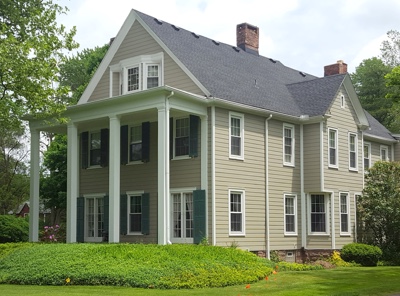 In 1905, she was commissioned to create the Marriage of Canaan stained glass windows at St. John’s Cathedral in Milwaukee. She also created windows for the Madison Avenue Methodist Episcopal Church in New York City.

Ida established a studio in New Jersey, and in 1912, she married fellow artist William James Aylward. He was one of the first artists to be called on by the U.S. government to engage in war work, serving in World War I as a commissioned war artist. He worked from a tower studio in the Bay of Biscay, along the western coast of France. Ida joined him there and they stayed for five years. They had a son, Stephen.

In 1920, the Aylwards moved to France for four years, where William worked for Harper’s Magazine as an illustration artist. They returned to New York in 1924 and built a home in Port Washington on Long Island and subsequently in Hempstead, Nassau County. Ida passed in 1955, and William in 1956. Ida is buried in Mt. Albion Cemetery, Albion, and William, in Bath National Cemetery.

Note: Ida Dougherty wrote a lengthy essay on her fond reminisces of Fairport, published as “Back Home Letters” in the Fairport Herald in 1933. Edited portions of her lively essay can be found in the May 2015 and July 2015 editions of the Perinton Historical Society Historigram: Ida Dougherty Remembers Fairport and Baptists, Congregationalists and Piety Hill, by Perinton Town Historian Bill Poray. 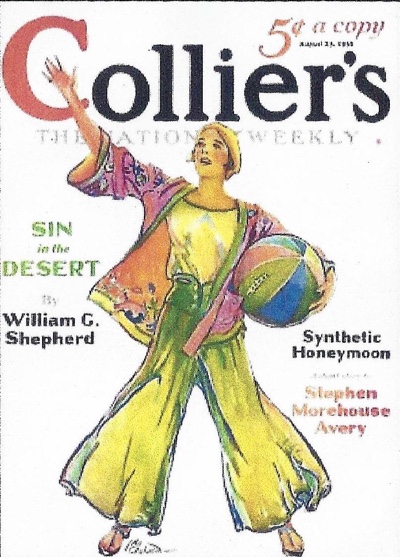 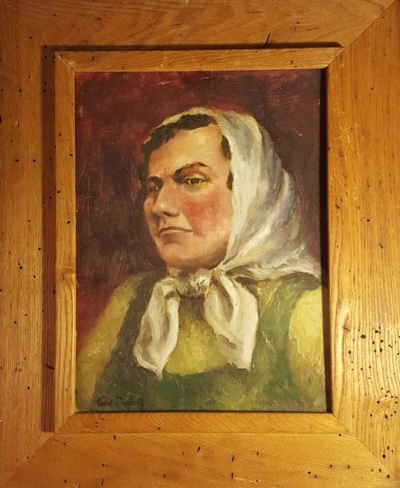 Early in Ida's career, her specialty was portraiture. One of her portraits is a 1939 oil on board image of a Russian immigrant woman.