A third African-American barber was Charles R. Hull, born in about 1854 at the dusty crossroads of Berryville, Virginia, near the West Virginia border. Little is known of Hull’s life prior to his arrival in Fairport in 1870. Like another barber mentored by John Parker, Abe Taylor, Charlie Hull initially lived in the home of the John Parker family, and began his career as a barber in John Parker’s shop.

He soon opened a place of his own, and over the years, operated out of many locations on North Main Street, West Avenue, and in the Filkins Block on South Main Street.

A skilled boxer, he reluctantly obliged when persistently challenged to a fight. A Rochester newspaper referenced one such episode from the 1880s, when Hull was pressured into fighting a man much bigger than himself. The fight took place at the Fairport Herald newspaper building in Fairport. Reports were that Hull’s challenger was six feet, five inches and about 230 pounds. Said Charlie, “I was a little afraid of him standing there (so tall), but I managed to knock him out with an uppercut.” 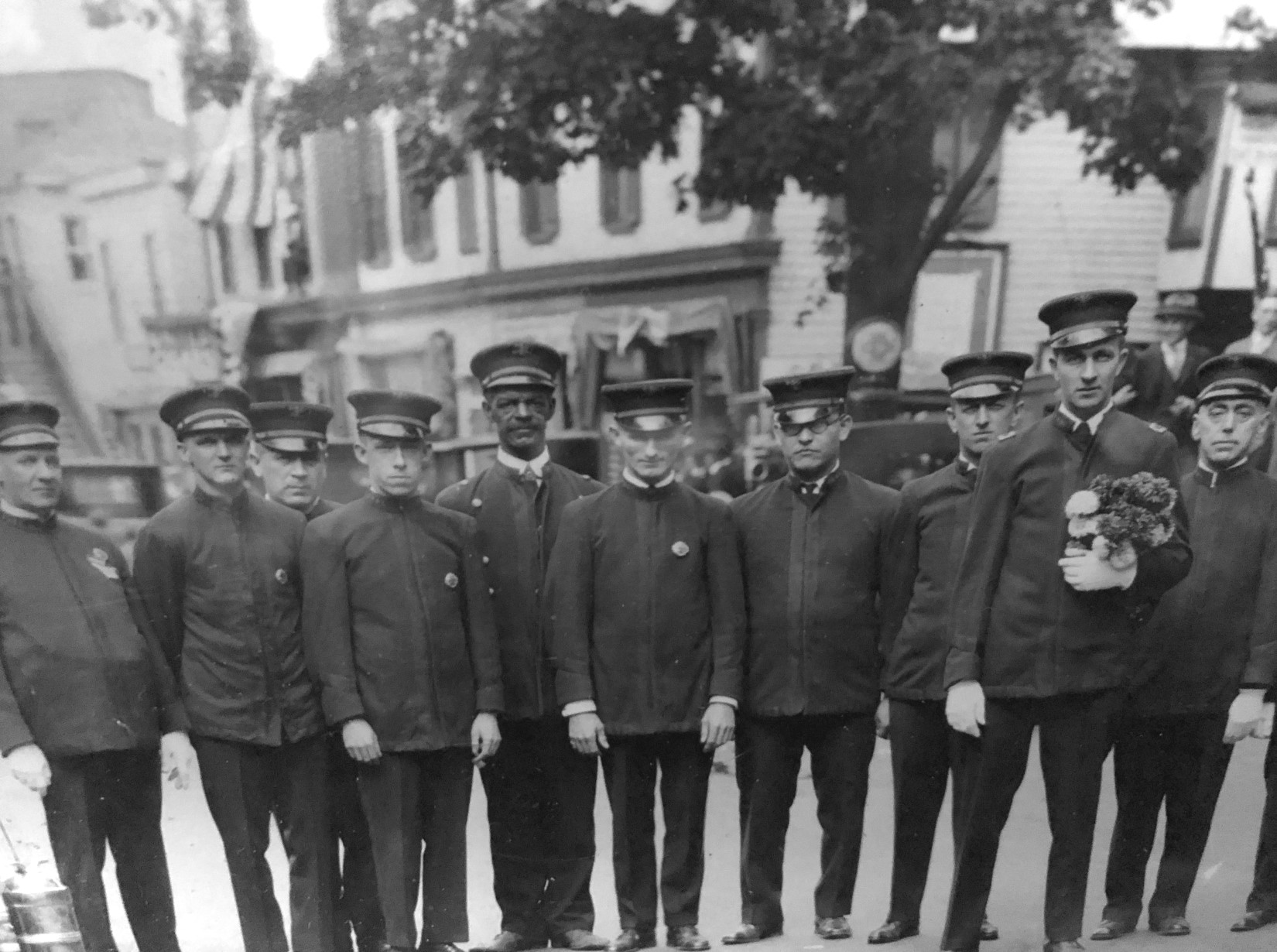 Charlie Hull was one of twentyfive charter members of the Hook and Ladder Company of the Fairport Fire Department (photo on left) in June of 1881, and was known to captain their baseball team. He was usually at the front of every parade, and if not, had a place of honor in a fire truck.

By all accounts, he was a popular figure throughout the community, known for his musical talents, both as a singer and with a banjo. Always active in the community, Hull became affiliated with the Fairport Businessmen’s Club. At their annual picnic outings he was always asked to sing, and never disappointed his friends. 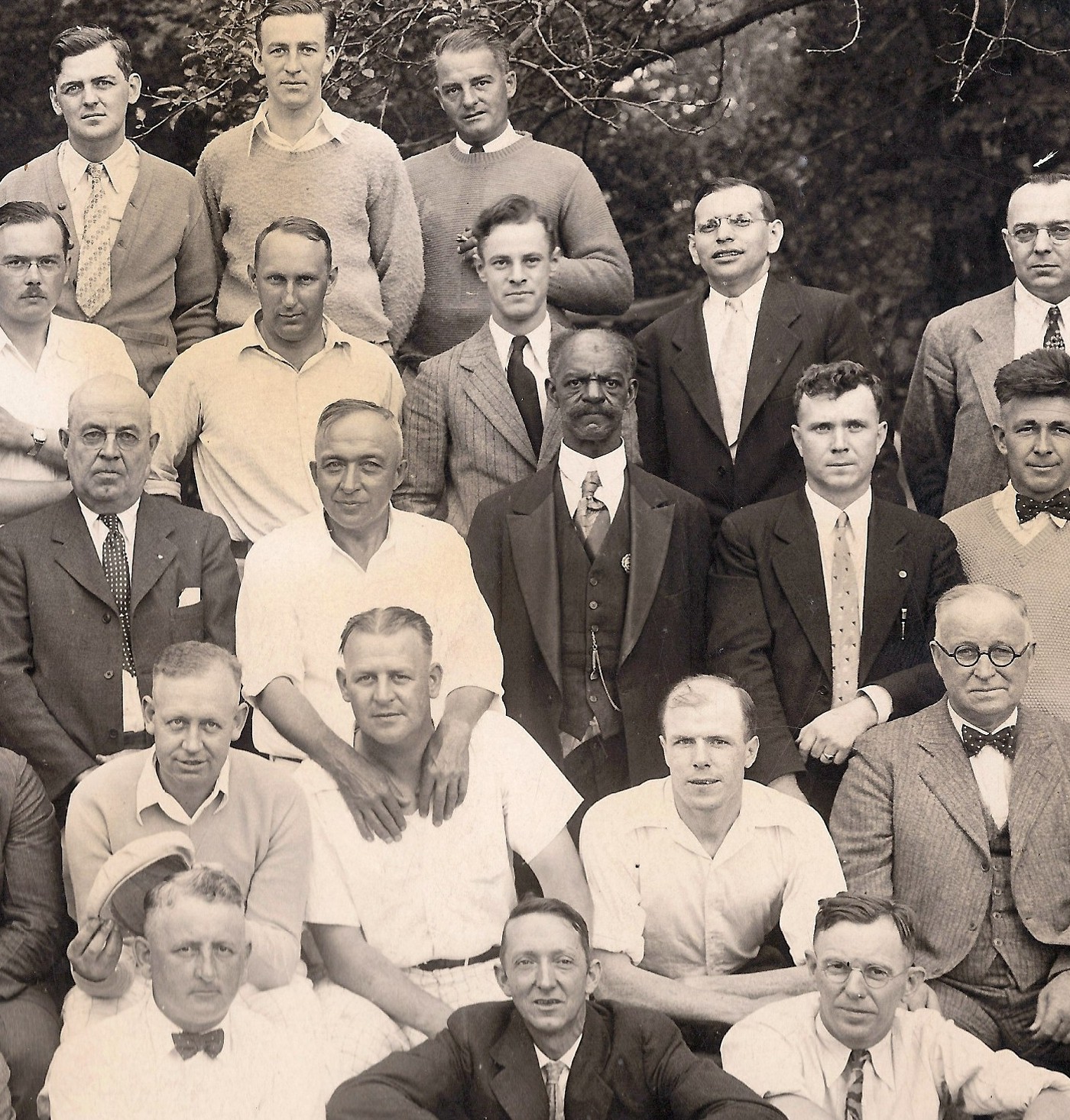 Charlie’s popularity finally resulted in a wedding at the age of 56 in 1910. He and his wife Carrie owned a small house at 11 Filkins Street. The structure was originally the chapel of the old First Baptist Church, and was moved to make room for its replacement. Charlie and Carrie had 26 years together, until his death in April of 1936.

For over sixty years, Charles R. Hull operated his barber shop in Fairport. He learned the trade from John Parker, and was a contemporary of Abe Taylor. Together, these three African-American men ran barbershops in Fairport from the 1860s through the 1930s, over 140 cumulative years. *

*Article was written by Bill Poray, Perinton Town Historian and published in the Fairport-ER Post, 09/11/2014

Charlie Hull was one of 25 charter members of the Hook and Ladder Company of the Fairport Fire Department in 1881.

11 Filkins St. in 1976 photo. Charles Hull and his wife Carrie owned this house at 11 Filkins Street. The structure was originally the chapel of the old First Baptist Church, and was moved to make room for its replacement. 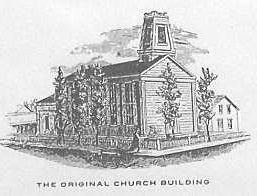 Original building of the First Baptist Church on the corner of Main and Church before it was moved to Filkins St.