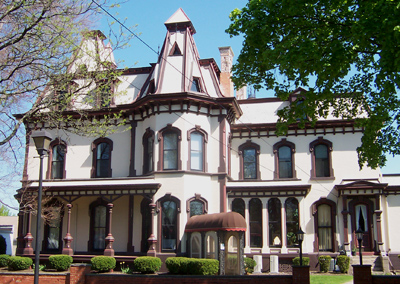 While the Italianate and Gothic Revival styles looked back to the romantic past for inspiration, Second Empire looked forward to what was happening in modern France. Its new Emperor was remodeling Paris using the services of Francois Mansart, a sevententh-century French architect. This style, labeled Second Empire, was popularized at various exhibitions in Paris, where it traveled to England and then to the United States.

The Deland House at 1 East Church is a fine example of a Second Empire.

Two and three-story structures characterized by the boxy roofline. The extra space, given by the mansard roof was considered particularly functional because it permitted a full upper story of usable attic space and was often used to remodel older buildings as well as in new construction.

Roofs with decorative patterning in the color and texture are common occurrences. Sometimes iron cresting is shown along the roofline. A tower may be present and the tower roof is often distinctive from the main house, using the more complex convex and s-curve shapes. Dormers are also common and appear in a variety of styles. The cornice and bracket details along the cornice line are similar to the Italianate style, and the brackets can be either single or paired. 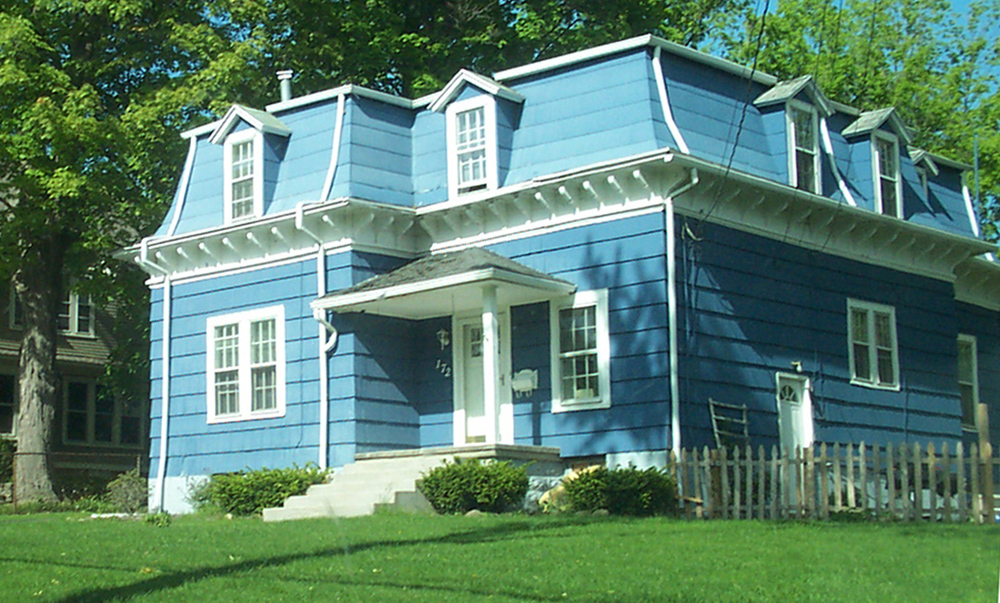 Usually one-story and similar to the Italianate style with elaborate detailing in the scrollwork, railings and posts.

Usually arched and un-elaborated although there are numerous examples of elaborate decorative windows.

A two-story home with a mansard roof
can be found at 172 N. Main Street.

Similar to the Italianate style, sometimes with elaborate door frames. The doors are paired or single with large glass panes in the door itself. 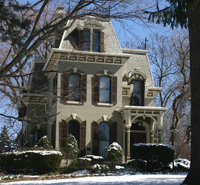 187 South Main is a village landmark.