The Federal style, also called Adam Style, of the late-colonial era of 1780-1820, was dominant in the prosperous port cities of the eastern seaboard and least common on the western fringe of settlement expansion. During that period Fairport was located on this western expansion fringe. If ever there were Federal houses located in Fairport they no longer exist. However, we do still find distinctive Federal features in some of the homes located here.

The side-gabled roof is the most common style, but hipped roofs are seen as well. The roof cornice may have decorative tooth-like dentils and roofline balustrades.

If present, a hipped or pedimented roof supported by slender columns.

The emphasis is on the door: a semi-circular or elliptical fanlight over the front door most often with sidelights; sometimes the fanlight is incorporated into an elaborate door surround, and may include an entry porch.

This Stick Style house at 25 Woodlawn Avenue which is a designated landmark has a Federal style door - semicircular fanlight over the door with sidelights.

Usually with two sashes each holding six panes and aligned horizontally and vertically in symmetrical rows. While the windows are never paired, three-part Palladian windows centered in the facade are common.

For an index of other styles that can be found in the Perinton area go to the Architectural Styles  page in the History section. 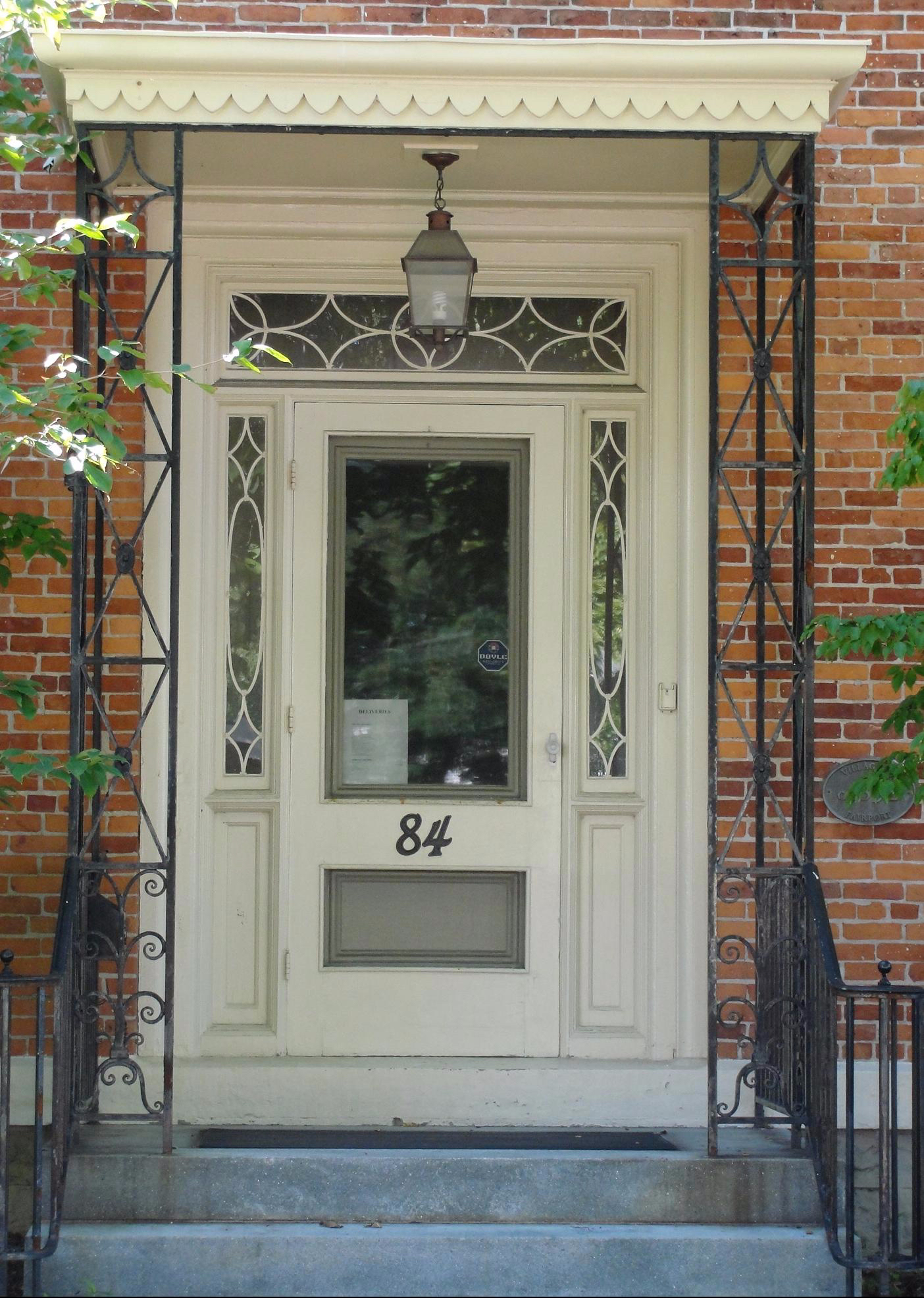 Several homes in the area have Federal details. The door at 84 South Main Street is on an Italianate style home that is a designated landmark.

Homes in the Fairport with Federal features:

A home in the Perinton with Federal features: