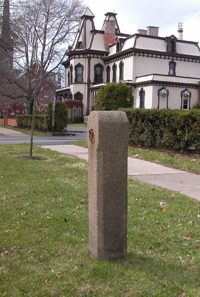 The 19th century was the great age of horse-drawn transportation. Americans were on the move in wagons, coaches, shays, sleighs, and on horseback.

During the last century hitching posts and mounting steps were a common visual item in American and European cities, towns and villages and a common feature of inns, churches, farms and country houses where they were once almost an obligatory feature.

Most of the village hitching posts are rather simple pillar style structures cast from concrete. There is one example of a more elaborate cast iron model. Molten iron can be molded into almost any form and this allowed a wide range of decorative patterns to be made available to the American public. An entire industry rose around the decorative cast iron hitching post.

This hitching post at 1 East Church Street is made of Mediana sandstone and has the metal ring for the reins. This property, the Deland House has a mounting block or carriage step and another post.

The village also has a number of posts and steps carved from Medina sandstone, a locally quarried stone used the world over for decorative stonework. With that influence comes a whole history of immigrant stonecutters who worked the stone, and the Erie Canal where it was ferried to ports along its route. 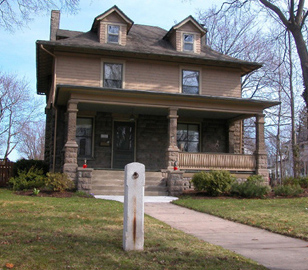 Over time simple horse mounting blocks evolved into more elaborate carriage steps. Blocks consisting of two steps, sometimes with a handrail or a recessed area for an engraving of the owners name are seen in front of several of our village homes. Many of these belonged to prominent residents, the Seeleys, Henry Deland, Daniel Deland and the Potters, to name just a few.

The survey of the hitching posts and mounting blocks is a project of the Society's Historic Structures Committee which is dedicated to identifying and educating the public about the unique and venerable historic structures in Perinton.

We invite you to enjoy this self-guided tour to see these wonderful relics of our past. Some artifacts, like the hitching post at 187 South Main are not visible from the public walkway.

This concrete hitching post is located at 106 West Church.

To find these artifacts view the map and list below. The map has locations indicated with a "horse" icon. A printable version of the Hitching Posts and Mounting Block Self-guided Tour is available to download.

While you are in the neighborhood stop by the Fairport Historical Museum.

Over 25 locations that have Either Hitching Posts or Mounting Block

Hitching post located at 106 West Church The following artifacts are located in the southwest area of the village: 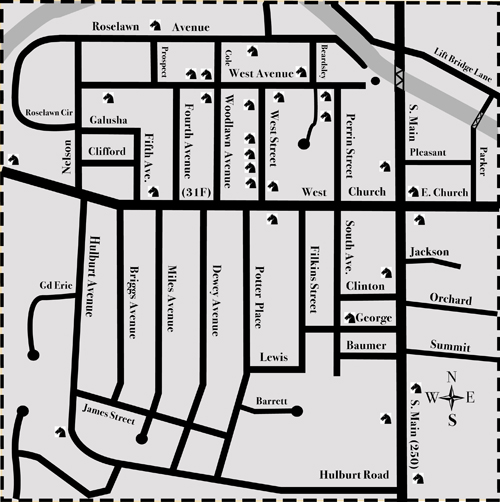 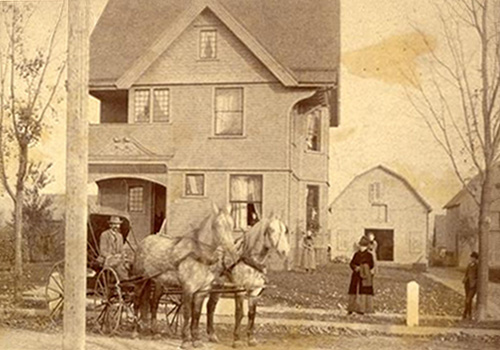 This 1885 postcard image from the Town of Perinton collection shows a hitching post in front of 150 West Avenue. The house and barn are still very beautiful, but the post is gone.

The following artifact is located in the northeast area of the Village:

The Structure Committee has located over 25 properties that have either a hitching post or mounting block and sometimes multiple examples.

For a printer friendly version of the locations and a map download Hitching Posts & Mounting Block Self-guided Tour in PDF format. 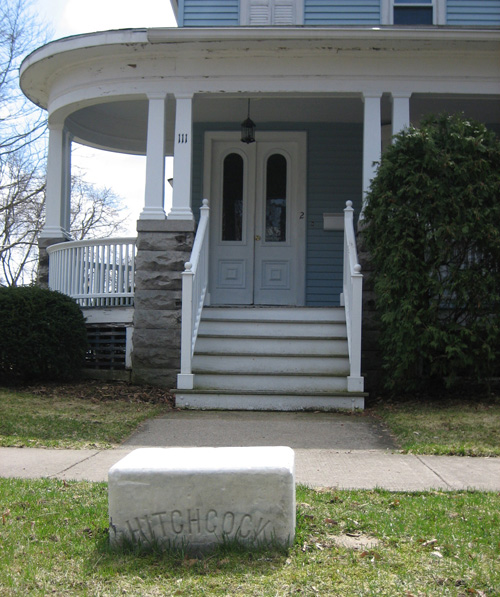 The marble block at 111 West Avenue has the name "Hitchcock" on the front of the stone. 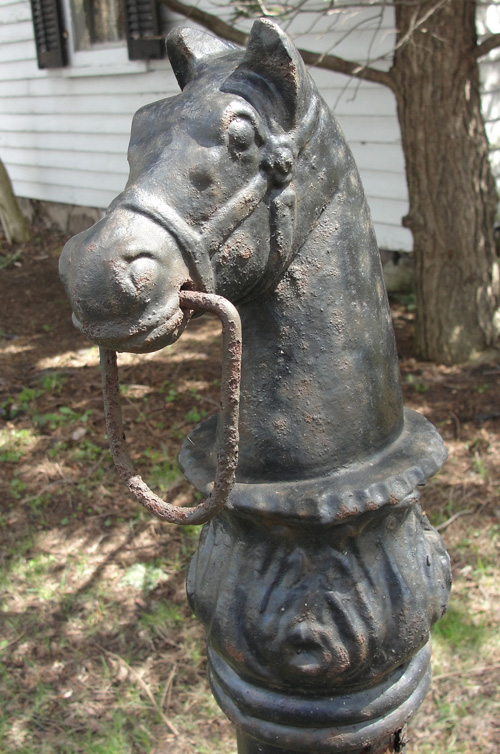 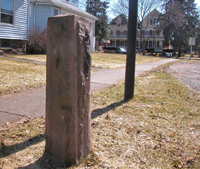 Another post made of Medina sandstone is located on the west side of 54 West Church Street.

A block with an iron ring was found in the garage of 112 West Avenue. It now graces the garden on the inside of the picket fence. 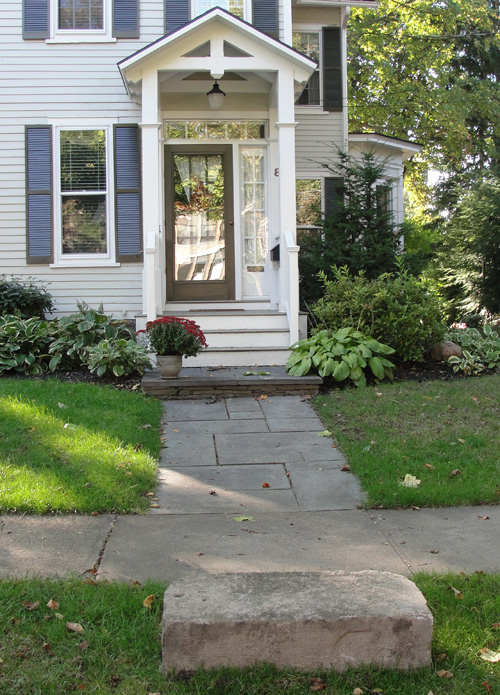 Another Median sandstone block is located at 8 West Street. West Street has more of these artifacts than any other street. Don't miss all the carriage houses on these streets as well.