The Society's 43rd Annual House Tour was held on Sunday, October 6. The 2013 House Tour theme was the "American Craftsman Bungalow," and so homes built in this style between 1905 and the early 1930s were featured. 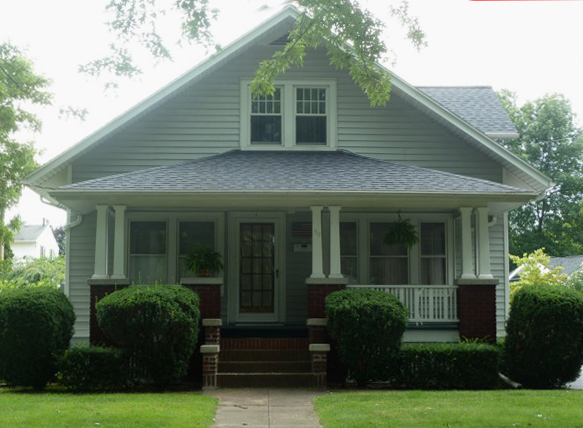 The Beato Home at 54 East Street

This home was built between 1926 and 1927 by Giuseppie (Joseph) Beato, with the help of his brother Louis and his sons David and Michael, his future father-in-law Louis Stolt and Louis's son Dominic.

This "Sears & Roebuck" Craftsman home is a one-and-a-half story home with a low-pitched front-gabled roof, which is typical of about one third of all Craftsman homes, and wide unenclosed eave overhang. It has a full porch supported by a grouping of three tapered square columns at the corners and two towards the center. The columns rest on brick bases, and the porch has spindled railings and brick front steps. The windows are eight-over-eight, double-hung.

Joseph Beato purchased the land from Clarence and Nellie Palmer on August 8, 1924, and the Hazleton Kit #1916 from the Sears, Roebuck and Company catalog.

The kit cost just $1,049 with the additional cost of $64 for a warm air heating plant for soft coal and $95 for clear red oak from Minnesota for floors, trim, doors, which also included two French doors and beveled mirror doors, for the linen closet.

In February of 1928, Joseph and his bride, Philomena (Florence) Stolt, spent their honeymoon in their newly built home. They raised three children there and both Philomena and Joseph worked at the American Can Company in Fairport for many years. This home has been in the family since it was built. Currently, Joseph and Philomena's daughter lives there (2013).

This Craftsman, built in 1910,  is also a one-and-a-half story home with a low-pitched front-gabled roof and a wide unenclosed eave overhang. There are several triangular knee braces under the front eaves and a dormer on the south side that has exposed rafter tails. 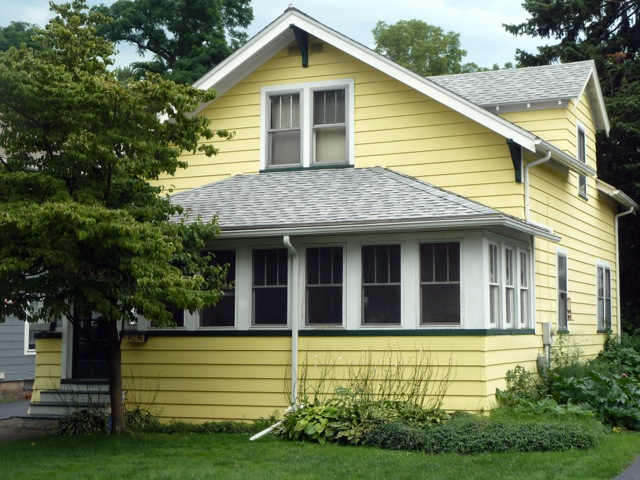 The home has a full porch which was likely an open porch at one time. The double-hung porch windows match the three vertical panes on top with one single pane on the bottom window that is throughout the rest of the home. You can see on the outside wall of the front of the home the original wood shingle siding.

The current owner (2013) purchased the home from the estate of Georgiene's parents. Georgiene's father, James H. Bolton and his wife Edith, owned the home from around 1930 to 1950. He was one of the early employees of the American Can Company, working there for 50 years.

Upon her death, Georgiene Bolton bequeathed her hat pin collection to the Perinton Historical Society. 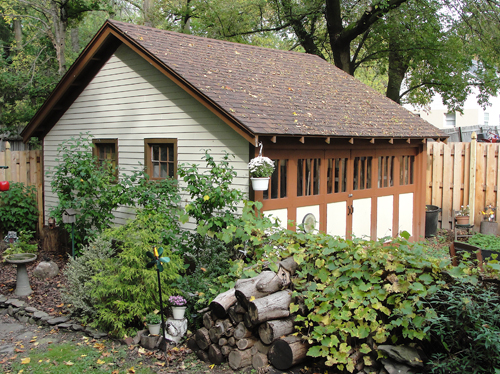 This home was built about 1932. It is a one-in-a-half story side-gabled style with overhanging eaves and front dormer. The windows are all double-hung windows with three vertical panes on top with one single pane on the bottom.

The porch was originally open and had three sloped columns. At some point the owners enclosed the porch and added windows that match the main house. The side entrance has a gabled roof with triangular knee braces and exposed rafters.

The original double car garage has wood doors and windows that mirror the top section of the windows in the house.

The Craftsman Bungalow presentations given by the tour committee in September of 2013 can be downlaoded in PDF format:

Craftsman Bungalows on Midvale and Baird Road - Interiors and Details

The Craftsman Bungalow presentations given by the tour committee in September of 2013 can be downlaoded in PDF format:

Craftsman Bungalows on Midvale and Baird Road - Interiors and Details 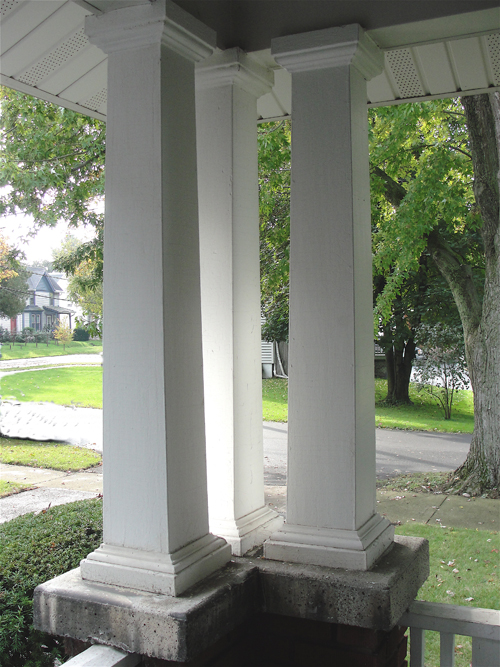 Grouping of three tapered square columns at the corners of 54 East Street rest on a brick base.

This side-gabled Craftsman with a front dormer is located at 752 Whitney Road.
The material of the home is stucco with wood enframement. 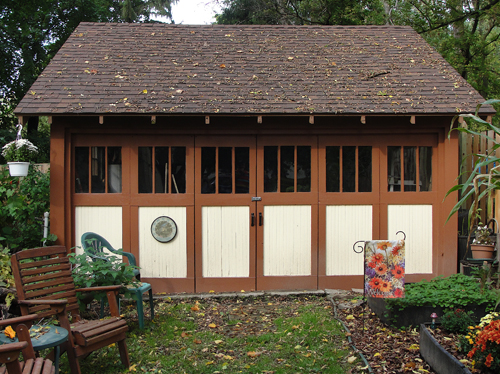 The two-car garage at 752 Whitney Road has wood doors and windows that mirror the pattern used on the house - three panes over one. 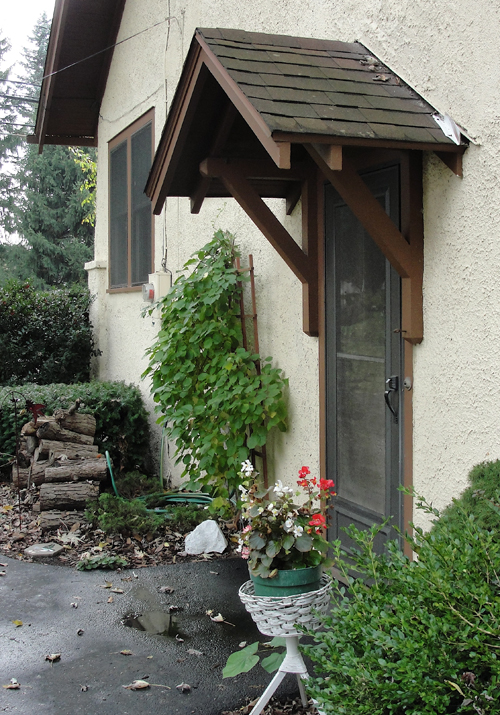 The side entrance to 752 Whitney has a gabled roof with triangular knee braces and exposed rafters.